At the beginning of 2013 a Namibian company – Omuriru Biomass Investments – purchased a Horizontal Grinder. The company harvests the alien vegetation which is impacting the eco system negatively. Species such as Dichrostachys Cineria, C. Mopane and various Acacia species are encroaching the natural savannah, causing increased water shortage and loss of farming productivity.

The harvesting and clearing of alien vegetation is mostly done mechanically using an Excavator mounted tree shear attached to the boom of an excavator. The harvested material is left in the sun to dry, after which it is fed into the Horizontal Grinder, chipped and discharged via conveyor belt into trucks.

The wood chips are transported to the factory in Okahandja , put through a hammer mill to produce a finer product which is then compressed into the high quality ECOLOGS. 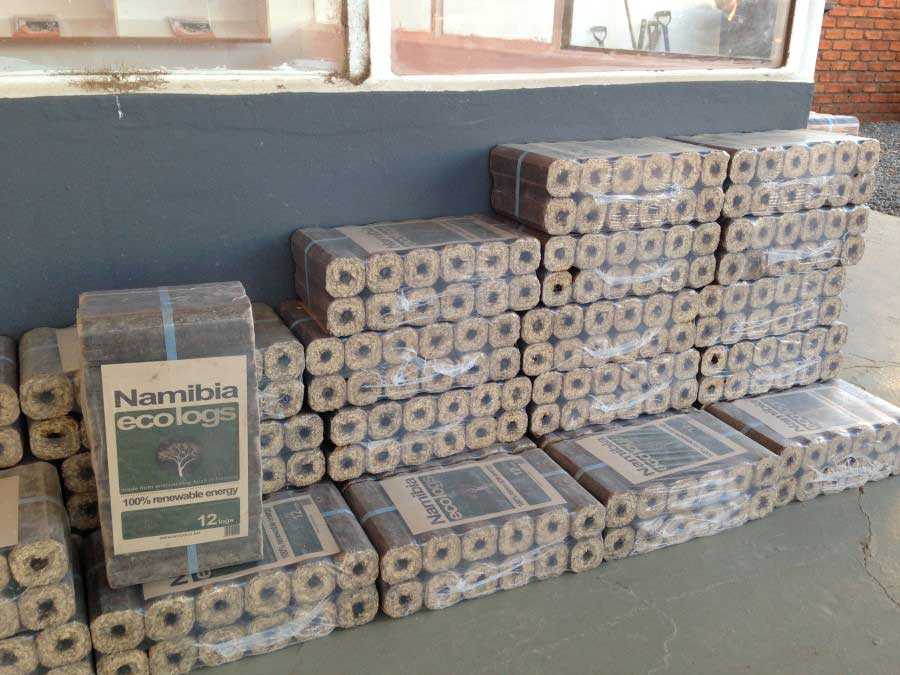 Further processing at Factory in Okahandja

Kindly leave your details so that we can contact you